When mould occurs in high concentrations indoors, it can endanger health and pose a hygiene problem. Therefore, professional measures should be taken immediately if mould appears.

What actually is mould?

Moulds are fungi that form fungal filaments and spores. They are an indispensable part of the natural material cycle and can therefore be found everywhere. There are over 100,000 different species of fungi, but not every mould is harmful to health, some moulds are even very useful and are used in a controlled way to produce medicines such as penicillin or lovastatin as well as foods such as cheese or salami. Uncontrolled, however, their spread always becomes a problem such as when they spread indoors and in homes. Mould infestation is caused by moulds, yeasts and bacteria.

When is mould harmful to health?

When moulds occur in high concentrations indoors, they can endanger health and pose a hygiene problem. Certain types of mould can be highly toxic. The spectrum of symptoms ranges from simple discomfort to life-threatening symptoms. Only professional remediation avoids health risks and restores indoor air quality without mould contamination.

What are mould spores?

With few exceptions, mould spores cover the size range from 2 to 30 µm. Most spreading organs have diameters of less than 10 µm. Spores are formed to multiply and spread and survive suspended in the air for long periods of time and can thus be inhaled. The airborne fungal toxins mycotoxins then often cause allergies. Some species of fungi are pathogenic and can cause respiratory diseases or exacerbate them in sensitive or immunocompromised individuals or children. At high concentrations, moulds therefore pose a health hazard to humans and animals.

How does mould form?

Mould forms when there is too much air or building moisture due to structural damage or lack of ventilation for example. Insufficient thermal insulation is another trigger. This is because mould grows wherever there is sufficient moisture. Moisture damage may not only be caused by mould, but often also by bacteria, such as actinomycetes. A relative humidity of 70 to 80% on the surface of the material is sufficient for mould to grow, if it persists for a long time. The materials do not have to be visibly wet. Particularly good growth conditions are always found when there is condensation (formation of condensation water) on or in the substance. Furthermore, temperature and nutrients from building materials or house dust play a role in the spread of the microorganisms.

Mould infestation is present when they multiply or have multiplied on or in organic materials or on materials with organic soiling. Important: Mould does not only grow in places that are immediately visible, but often also hidden in poorly ventilated places such as behind skirting boards, cupboards or wallpaper. These microorganisms cannot grow in materials with high density such as glass, metal and ceramics. If mould stains develop here, they are superficial and can be removed.

Materials on which mould grows:

How can I prevent mould infestation?

Proper ventilation can prevent mould infestation. You should open your windows two to four times a day. It is best to open the interior doors and the windows of other rooms as well. This so-called draught ventilation ensures that the air can circulate even better and is exchanged. The most important thing about proper ventilation is how long it lasts. Short regular airing for five to ten minutes is the best way to prevent mould. Continuous ventilation with tilted windows is not optimal, as the air exchange is only slight. Even when drying laundry in closed rooms or after showering, sufficient, timely ventilation should be ensured.

Another important aspect of mould prevention is heating. This is especially true in rooms where a lot of moisture is released, such as the kitchen, bathroom or bedroom. Heating causes an increase in the room air temperature and thus a reduction in the relative water content of the air while the absolute water content of the air remains the same. Generally, temperatures of 16°C to 18°C are sufficient to prevent humidity and mould problems. Heating the room also increases the surface temperature of the interior walls. Both effects contribute to preventing mould growth. Furniture, curtains and other fixtures should always be placed a few centimetres away from the wall if the exterior walls are insufficiently insulated (often in old buildings), so that the warm (heating) air in the room can flow unhindered behind these fixtures.

How dangerous is mould growth in silicone joints?

Silicone is a material that always remains elastic. This makes it ideal for grouting. Unfortunately, this property also makes it the ideal place for mould. Here, in contrast to hard substrates and materials, they can penetrate deeply and establish themselves well. Mould in silicone joints or tile grout is not only bad visually, but also bad for your health. A high concentration of mould spores in the room increases the risk of infections and respiratory diseases.

What are thermal bridges?

The thermal conductivity of a material determines how quickly and intensively heat from the environment is absorbed and released by the material. Stone has a different thermal conductivity than concrete or wood. A thermal bridge is the section of the building structure through which heat is dissipated faster than through the surrounding building materials. Detecting and eliminating thermal bridges is an important aspect of mould control. For the diagnosis of material and air humidity, professional measuring devices from Heylo such as the HFM 200 or the MMS 2 moisture measuring system are the ideal helpers.

The guideline values for avoiding mould formation due to a thermal bridge are laid down in DIN 4108-2 for minimum thermal insulation:

How can I recognise mould stains?

Mould can only be recognised as mould stains with the naked eye when spore carriers with coloured spores have developed in a certain density on a surface. This means that the mould is already there when it is not even visible to the eye. Indoor mould often appears during or after winter and shows itself with often black mould stains in the home. Mould growth is especially prevalent in corners. Mostly mould occurs with circular spreads and shows itself in different colours. No matter in which form mould becomes visible: You should have it professionally removed as soon as possible.

Removing mould – this is how you proceed!

Overview of the three phases of professional mould removal:

Phase 1: Identify and eliminate the cause

Phase 1: Identifying and eliminating the cause

An important prerequisite for permanently successful mould remediation is the recognition and elimination of the moisture problems. Professional measuring technology from Heylo such as the HFM 200, the MMS 2 moisture measuring system or the Surveymaster is indispensable for diagnosing the material and air moisture.

By using technical drying equipment, both material and air humidity can be reduced to a normal level within a very short time. Heylo offers the complete range here: from dehumidifiers with 16l/24h to professional condensation dryers with 58l/24h.

Affected materials such as wallpaper and MDF skirting boards should be removed first, as the onset of drying strongly promotes the spread of spores. The spread of germs is minimised by applying a disinfectant such as Odox, Alron Citrox or Penetrox using a ULV sprayer.

Active infestation of materials that cannot be cleaned requires deconstruction. Here, the dust load on the air must be minimised by suitable measures. Power tools such as plaster cutters must have a dust extraction system. More heavily loaded rooms should be sealed off from unloaded rooms with a dust protection wall (Heywall) or a dust protection system (Heylo DCS). This can be useful even before drying.

During demolition and fine cleaning, the use of negative pressure units is recommended. Mobile air cleaners such as Heylo PowerFilter with HEPA H14 filters are used to reduce spore concentrations.

Non-visible spores suspended in the room air are killed by fogging the room volume with special active substances such as ODOX-DF or MAXOX-DF. This means that even areas that are very difficult to access can be reached. Even killed spores can be allergenic, so all surfaces in the remediation area must be cleared of adhering spores by industrial vacuum cleaners of class H and by wiping. If a clearance measurement is required for remediation control, the air pollution control measures and fine cleaning must be carried out very carefully and promptly.

For restoration, building materials and coatings that are as insensitive as possible should be used to prevent recolonisation of the surfaces. The specialised trade has a variety of suitable building materials available. If the mould damage is based on ventilation deficiencies, the user should be provided with hygrothermometers for self-monitoring of the air humidity. If there are no structural possibilities for sufficient ventilation, the continuous use of a hygrostat-controlled dehumidifier, for example the DT 650, can be recommended as a preventive measure.

Which measures are necessary to eliminate the respective case of damage must always be determined on a case-by-case basis. The chosen measures should always be in accordance with the legal requirements (GefStoffV, BioStoffV) for mould remediation.

The professional associations (BGI858) and the Federal Environment Agency (Guide to mould remediation) provide information free of charge. Please also observe the relevant instructions for use and safety data sheets of the products used.

The active ingredient PENETROX is applied preventively to absorbent surfaces such as plaster or wood where a deep penetrating effect is desired. Stubbornly adhering mould odours can be eliminated by fogging active agents such as DRY ODOR CONTROL using thermofoggers to neutralise odours.

Mould control – which remedies should you use?

Methylated spirits for removing mould can be equated with the use of commercial mould removers. However, it does not remove the mould spores that are responsible for the spread of mould. Spirit, just like all other household remedies such as vinegar, has little or no spore-killing effect. In addition, spirit evaporates quickly when applied and is then no longer effective.

Can I remove mould myself?

Mould indoors should always be removed professionally, because mould is a health hazard. Agents that you spray on affected areas, for example, can stir up invisible spores and make them spread even more. 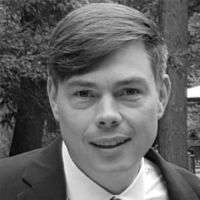 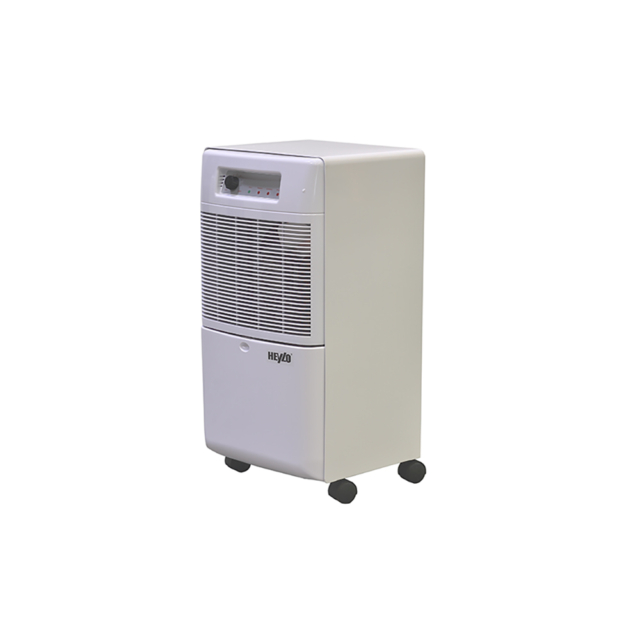 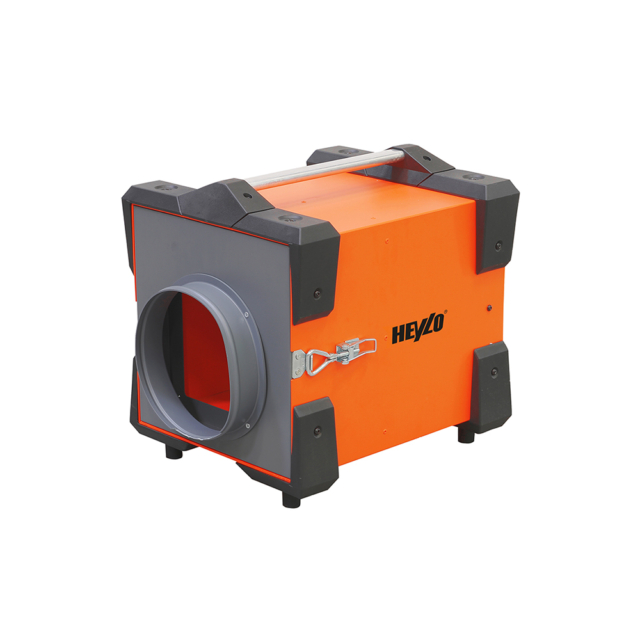 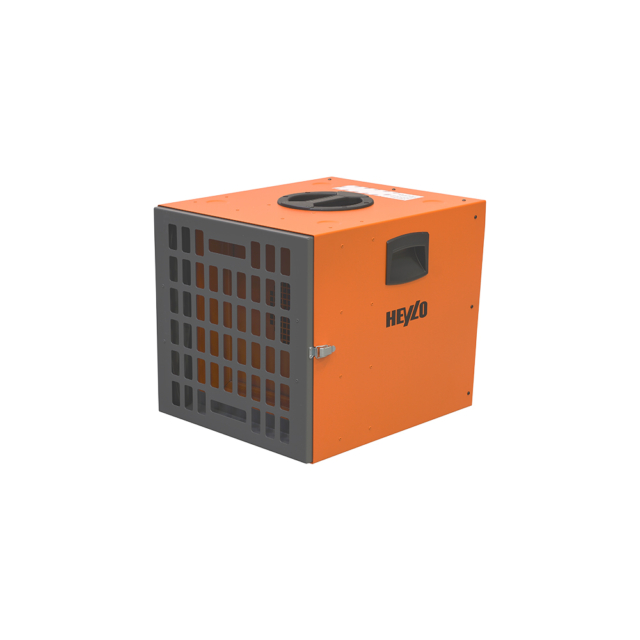 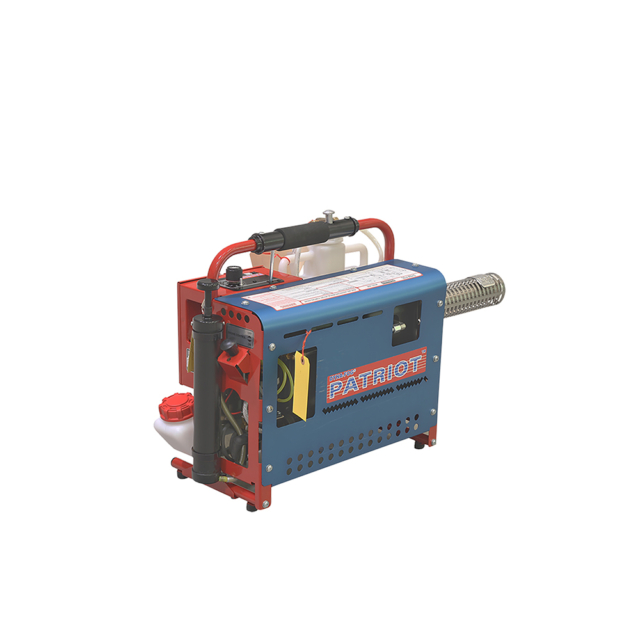 The fogger produces a fine, floating dry mist with a high throughput rate. For disinfection and odour neutralisation. 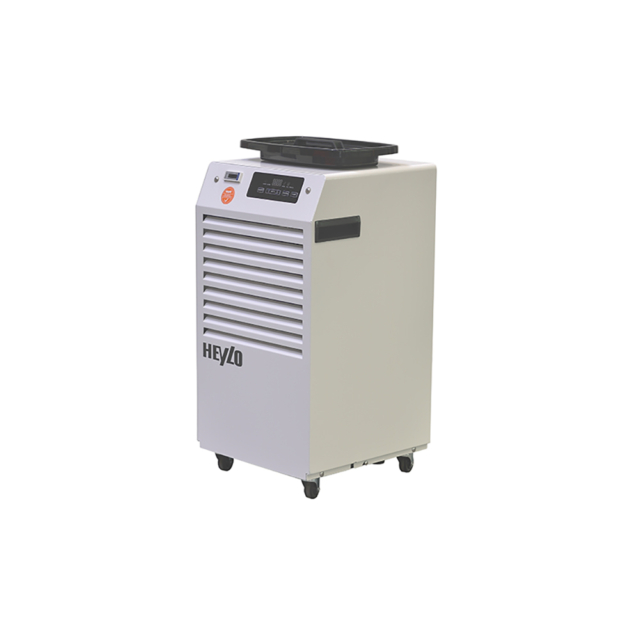 Ideal for drying small rooms and bathrooms. For use in the event of minor water damage and to help drying out new buildings. 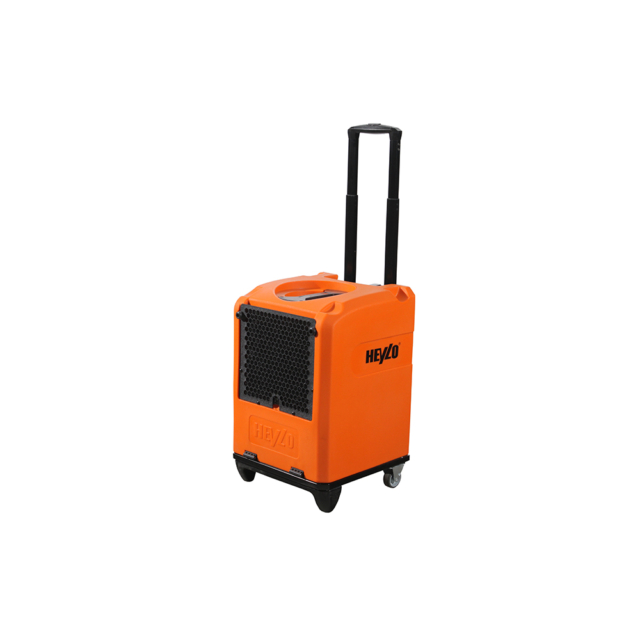 Construction dryer with dehumidification performance of 24 litres/day. For new buildings, basements or after water damage. Fast and efficient drying. 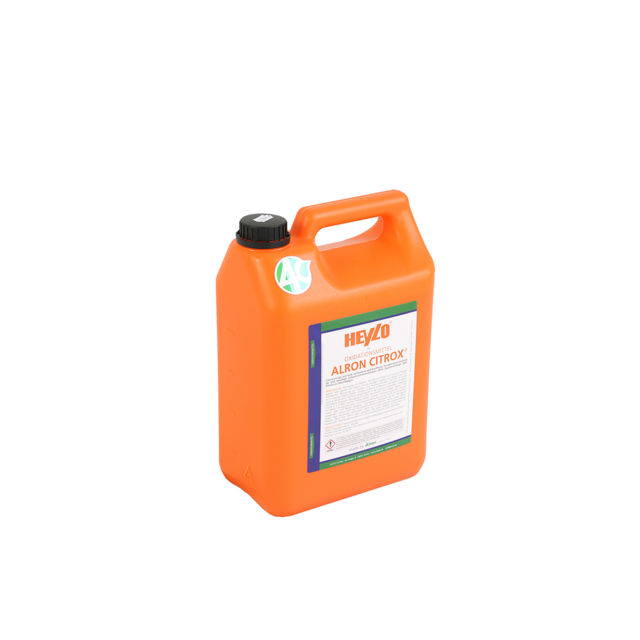 Axial ventilator with an air flow rate of 3687m³/h

Surface ventilator with 6 functions in one unit. Axial fan for ventilating and quickly drying rooms and wall surfaces after water damage. 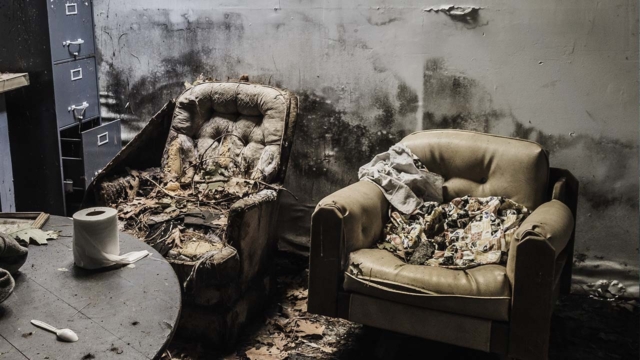 Disinfection and odour control in flats and houses

Discover how to effectively disinfect and deep clean homes. 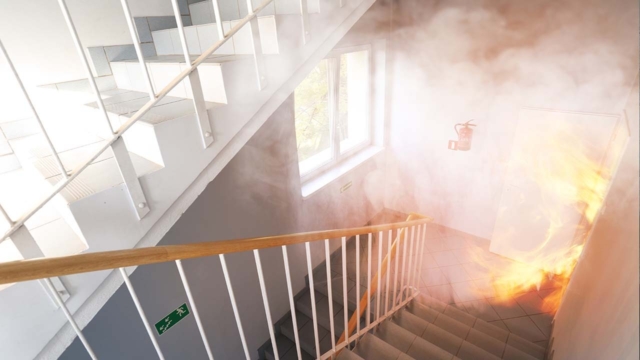 Removing the smell of burning from you home after a fire

How to remove the smell of smoke and odours from your home. 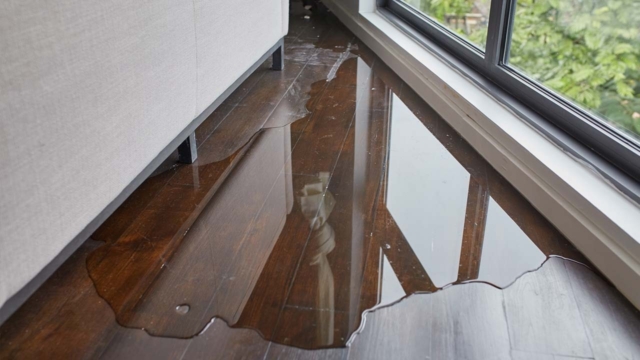 A guide to water damage drying

An in-depth look into how to dry out water damage.