In this article, we explain how High Efficiency Particulate Arresting (HEPA) filters help scientists across Europe conduct vital work in safe environments. You’ll discover why air filtration is so important for scientific research and how Dantherm can bring cool, clean air to your laboratory.

Laboratories facilitate varied fields of scientific research, testing and development, and as part of their day-to-day work, lab technicians are likely to be conducting experiments that involve dangerous chemicals, pathogens and biological matter. In addition to taking strict measures to protect themselves and regularly disinfecting surfaces, being able to remove contaminants from the atmosphere is vital for their own wellbeing, the reliability of their data and the safety of the public.

In a well-maintained laboratory, heating, ventilation and air-conditioning (HVAC) systems used to regulate critical environments are often fitted with H13 or H14 HEPA filters. The two highest grade filters available, these are generally 99.95% effective in capturing particles and organisms as small as 0.3 microns; a measurement that is 1 millionth of a metre in diameter and invisible to the naked eye. To put that into context, some of the particles that HEPA filters can capture include:

How are HEPA filters used in science?

HEPA filters are part of the unique climate control setups for labs working across a wide range of sectors, including:

How do HEPA filters work?

First developed in the 1940s by nuclear scientists to contain the spread of radioactive particles, HEPA filtration is still one of the most effective and widely-used methods of cleaning the air in laboratories. Understanding how it works can be broken down into three basic principles:

#1 Impact
As air flows through the filter, larger particles in the air (those around 0.5 microns) have enough inertia to continue through changes in airflow around the fibres in the filter and stick to the filter media.

#2 Interception
When particles are not heavy enough to maintain their own velocity, but not light enough to diffuse in the atmosphere, they will follow the airflow as it bends through the fibre spaces and are captured when they touch a fibre.

#3 Diffusion
Smaller particles (less than 0.1 microns) are so tiny that, instead of flowing through the atmosphere, they diffuse through the air and are more likely to become trapped when they collide with the fibres.

To find out more about the best option for your facilities, simply fill out the contact form below and our team will be in touch. 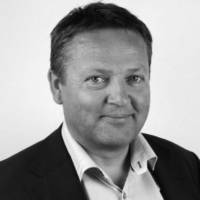 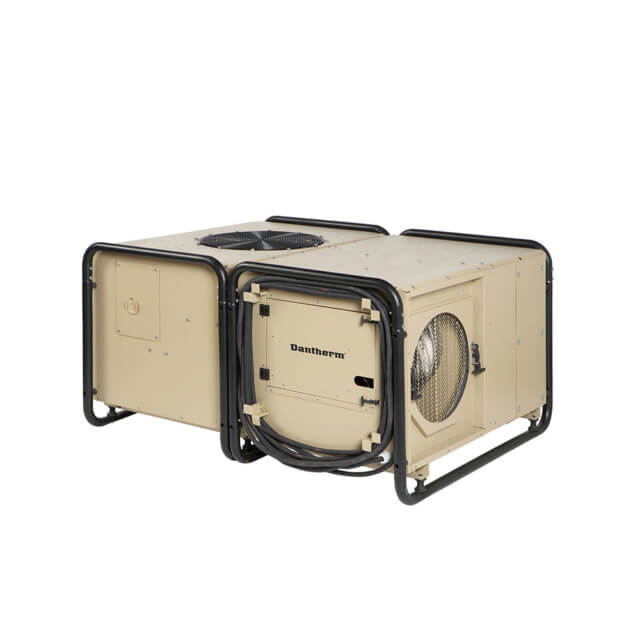 The AC-M18 air-conditioner is a portable unit developed primarily to provide air-conditioning in temporary or transportable buildings or tents. 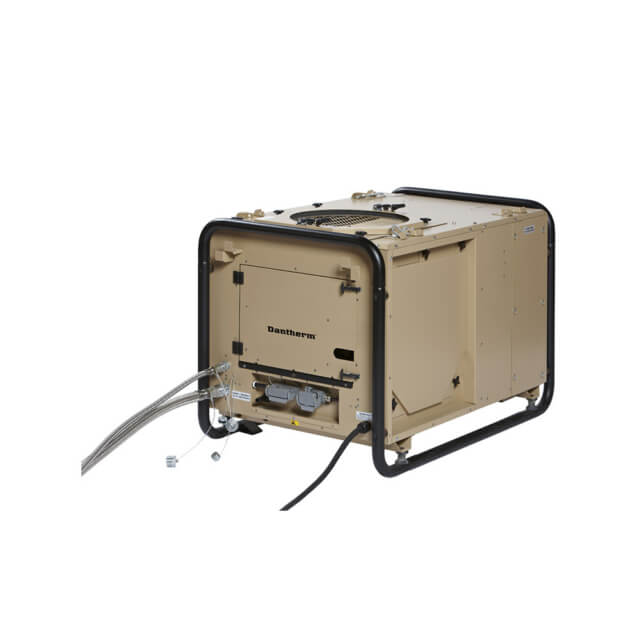 The AC-M18 CBRN is a compact, light-weight aluminium unit developed primarily to provide air-conditioning in temporary or transportable buildings or tents. 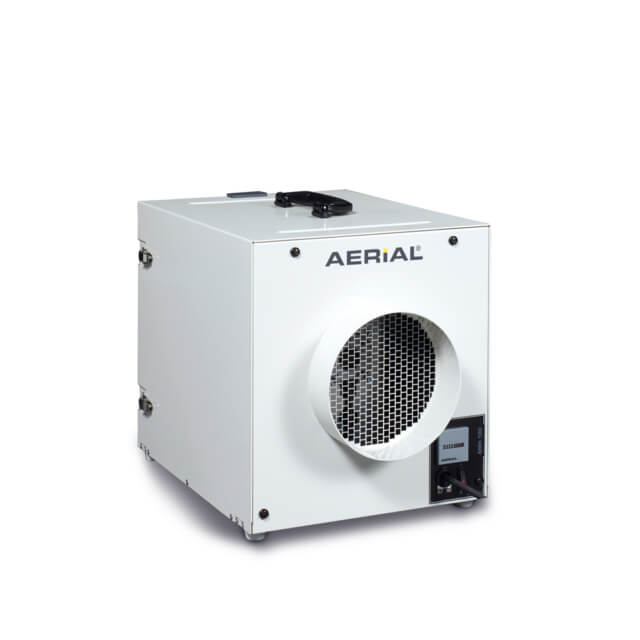 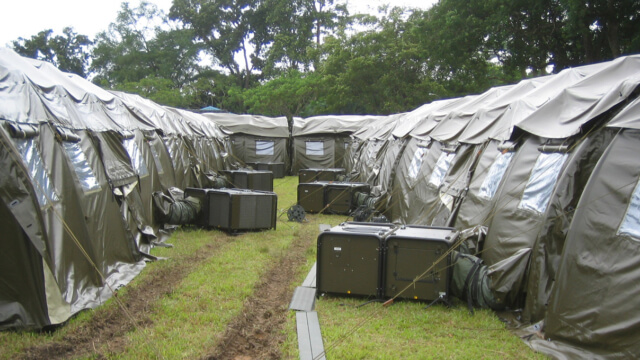 Dantherm air cooling in the field 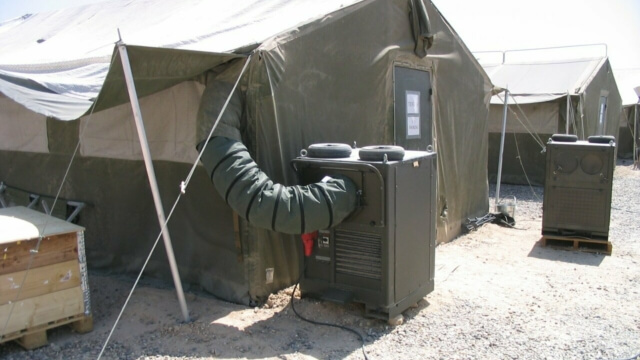 How NGOs and the military keep their cool in extreme conditions 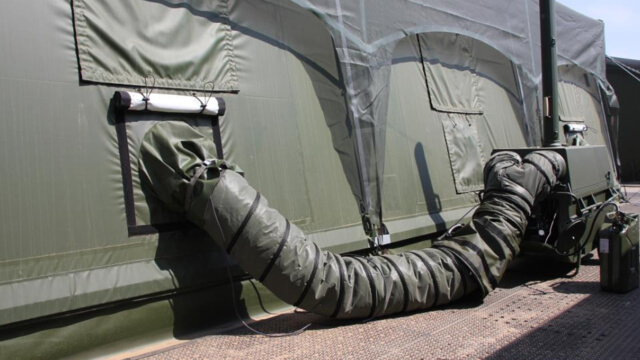 Overcoming the cold in military camps and field hospitals

Why Dantherm heaters are the first choice for the front lines